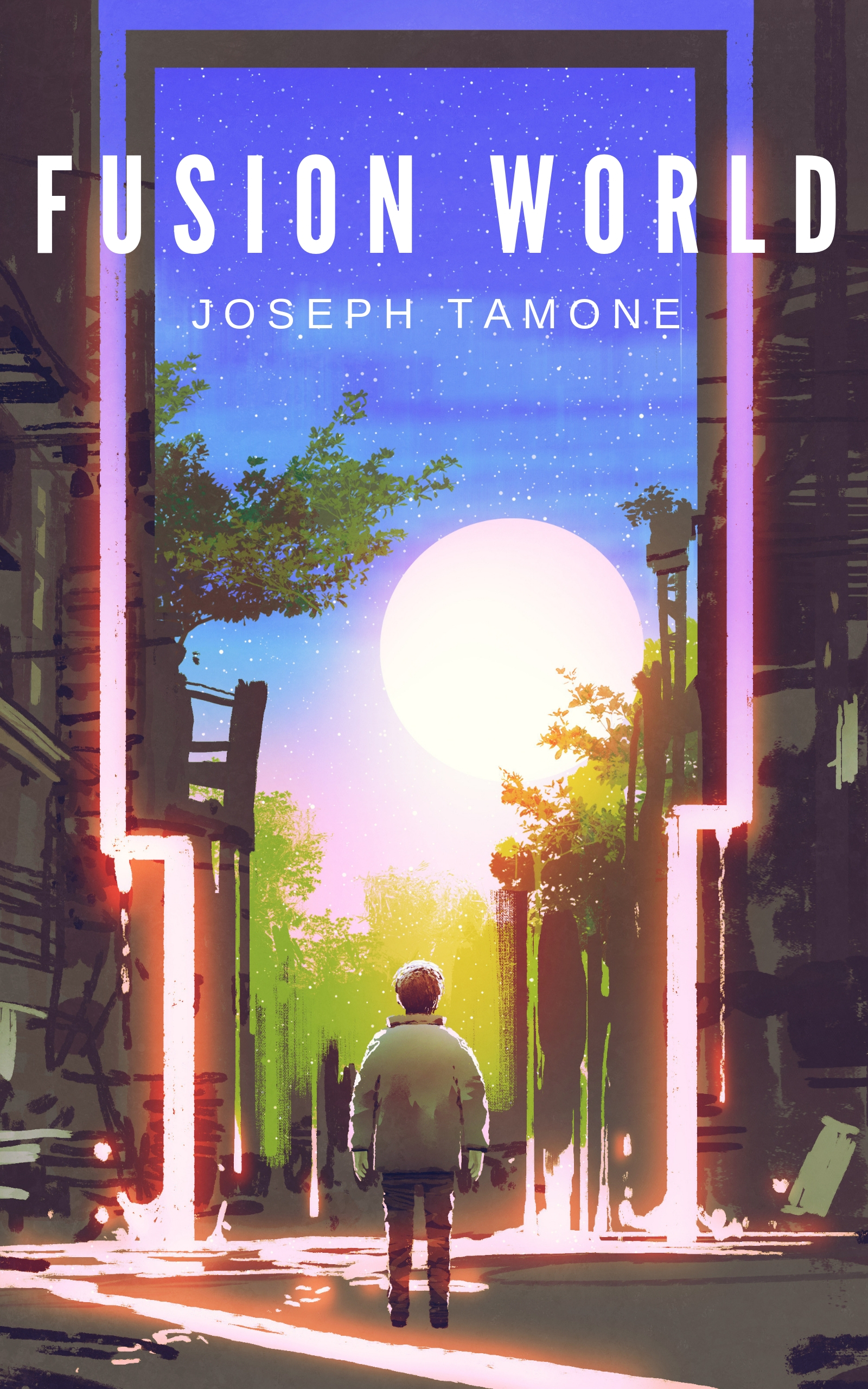 CAN A SMALL TEAM OF UNTESTED SPECIALISTS SAVE THE WORLD?

20 years after a crushing defeat in the Universal War, Vyndral is a cold desolate wasteland. The remnants of the mighty Vyndral military scavenge the post-apocalyptic remains of the once great planet trying to stay alive.

When a way to reopen the portal to Rafia is discovered, Cein Colvak, the ruthless Vyndral leader, launches a devastating invasion. Rafia is caught by surprise and the capital of Vyloli falls. With thousands of hostages in the city, the Rafian military has its hands tied.

When Vyndral starts to construct a diabolical weapon that can reduce Rafia to dust, a small untested team is assembled to stop Cein and save their homeworld. Pulling it off requires extraordinary skill, courage, and ultimately, sacrifice. Racing against the clock and facing incredible odds, do they have what it takes?

The first in a series from a fresh new voice in science fiction, Joseph Lewis Tamone, will take you on a thrilling adventure with twists, turns, and riveting action.

What made you want to write sci-fi?

Science fiction is essentially a creative outlet to write pretty much any story that you want, and to be as imaginative as you want to be.

Do you see sci-fi as a window to our future or, as it is titled, simply works of fiction?

A little bit of both.  I try not to go too overboard with the science in science fiction, just because you can only describe advanced technology so much.  I also try to base a lot of the technology on tech that already exists.

I also try to get a sense of realism with advancements in technology.  For example, in Fusion World, the Rafian military are no longer using metal rounds in their guns, they’re using biodegradable polymer rounds.  The world is becoming more renewable and green and less reliant on non-degradable sources.  I feel like that’s the future, so that’s the direction I’m taking Rafia’s tech in.

What kind of research did you have to do?

I did a bit of research on nuclear fallout and residual radiation.  It helped me to understand the plight of a people coming from a world devastated by nuclear war.

I had to do a lot of research on helicopters and airplanes, because of the scene where a character sits down in a helicopter and remembers how to fly.  He knew how to fly, but I don’t, so I had to read up on it.

One of my main characters is a doctor, but I’m not and I don’t have a background in anything medical related, so I did a bit of research on that part, and then passed it over to my wife for approval.  She’s an LVT, so she does have that medical background.

Most of the stuff I wrote is straight from my imagination.

What authors and/or books inspired your writing?

The greatest book series ever written is Stephen King’s The Dark Tower.  That absolutely was a huge inspiration for my writing.  I got the idea for travel between dimensions from those books.  Sajaelar’s ability to shoot and never miss came from Roland Deschain’s ability to shoot and never miss.  The decision to have overly snarky and sarcastic characters like Vai and Sajaelar is a tribute to the best character from The Dark Tower, the overly snarky and sarcastic Eddie Dean.

Much earlier on, I read the His Dark Materials trilogy by Philip Pullman, which introduces a device for slicing spacetime and creating portals to parallel worlds in the second book.  The Subtle Knife operates similarly to a Dark Orb, it’s just more mechanical than magical, and you don’t have to lose a couple fingers to use it.

Do you have a special connection to any of your characters?

I’ve been told that Vai Kogan and Sajaelar Molaes are just amplified versions of me.  Leward Peltron is perpetually exhausted, and I wrote that into his character when I had really bad insomnia.  Edam Lavinski only drinks his coffee black.  I wrote that in because I only drink my coffee black.  So there’s little bits and pieces of my own personality traits, likes and dislikes peppered throughout the book.

Do you have any writing exercises or habits?

If I’m sitting down to write for an extended period of time, I’ll need a large hot cup of black coffee.  It helps me focus.  If I’m working on constructing dialogue, you’ll find me pacing around my living room talking to myself like a madman.  I also write out cliff notes for chapters in advance just so that I don’t lose focus in my writing.  I also need to see how the story ends before I can work on the beginning.  The story for Philanthropy spans another seven or so books, so that’s quite a bit of information and story development to consider when writing.  Every moment or bit of dialogue is leading to future moments or dialogue, there’s a lot of foreshadowing for future events, and certain elements from the first book are already setting up for things that don’t happen until book 4 and 5.

What can we hope to see from you in the future?

I have a few projects I’m working on.  The follow up to Fusion World, called In The Shadow of the Demon is in production.  I’m already getting Philanthropy III and IV ready.  Gray Skies & Glass Lands and Leather Wings & The Seven Kings.  There’s about four more in the Philanthropy series, not including short stories and spin-offs that I have notes for.

I have a fantasy trilogy I’m writing.  The first one is called The Hunter, The Killer, The Coward, And The Doofus, and the special thing about this story is that the characters are all based on the personalities of my pets, and other people’s pets that I know.

I had a Stephen King moment and dreamt up a story called Antherah, about a woman named Antherah.  I have a space adventure in the works called Omega the Corruptor, where we’ll meet an alien species called Badickerdacks.  And I’m also writing Harvey The Wyvern, the story about Harvey, the first wyvern to be employed by the United States Postal Service.

Do you have any advice for aspiring authors?

Take risks.  Nothing you do will ever get done if you don’t just go for it.  I second guess myself all the time when it comes to what I write, and you’re going to do that as an artist.  You’ll fixate on all your faults and your limitations.  I know I do, and I ended up sitting on Fusion World for seven years.  I finished the book, didn’t let anybody read it, and moved on to the next one.  Then I would go back and edit it, and I edited it about once a year, without actually doing anything with it.  And as soon as I worked to get it published and took that risk, it was picked up by Chandra Press.  And yeah, your writing probably isn’t going to be perfect, and that’s what editors are for, but you’re better than you think you are.

If you like what you wrote and put your heart and soul into it, your readers will see it.

About the Author – Joseph Tamone

Joseph Lewis Tamone lives in Wilmington, Delaware. Despite getting a degree in Environmental Engineering, Joseph has always found an escape in his quirky imagination that lent its way to his passion for writing. Joseph is an avid animal lover and history buff. When he is not writing, he enjoys escaping into the world of video games, nature, and most importantly, reading and researching. He lives in Delaware with his lovely wife, Erica, and their house full of animals.