Alright, so today I’m going to be telling you about a lovely debut novel that came out in January of this year. Now, I haven’t actually gotten around to reading it yet, but it’s certainly near the top of my TBR!

Raisa was only a child when she was kidnapped and enslaved in Qilara. Forced to serve in the palace of the King, she’s endured hunger, abuse, and the harrowing fear of discovery. Everyone knows that Raisa is Arnath, but not that she is a Learned One, a part of an Arnath group educated in higher order symbols. In Qilara, this language is so fiercely protected that only the King, the Prince, and Tutors are allowed to know it. So when the current Tutor-in-training is executed for sharing the guarded language with slaves and Raisa is chosen to replace her, Raisa knows that, although she may have a privileged position among slaves, any slipup could mean death.
That would be challenging enough, but training alongside Prince Mati could be her real undoing. And when a romance blossoms between them, she’s suddenly filled with a dangerous hope for something she never before thought possible: more. Then she’s approached by the Resistance—an underground army of slaves—to help liberate the Arnath people. Joining the Resistance could mean freeing her people…but she’d also be aiding in the war against her beloved, an honorable man she knows wants to help the slaves.
Working against the one she loves—and a palace full of deadly political renegades—has some heady consequences. As Raisa struggles with what’s right, she unwittingly uncovers a secret that the Qilarites have long since buried…one that, unlocked, could bring the current world order to its knees.
And Raisa is the one holding the key.

Makes you totally want to read it, right? Well, you’re in luck, because you can buy it today!

** If I didn’t include a place you frequent, I’m sure they have it too, these are just popular places that I know are used a lot! 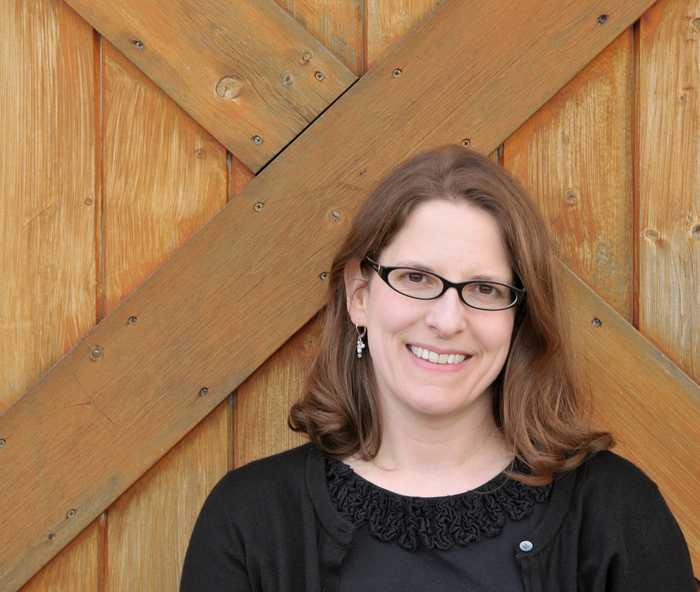 Kathy MacMillan is a writer, American Sign Language interpreter, consultant, librarian, signing storyteller, and avowed Hufflepuff. Kathy is the founder of The Sweet Sixteens (www.thesweet16s.com) debut group of 2016 middle grade and young adult authors, and serves as the Published and Listed Member Coordinator for the Maryland/Delaware/West Virginia Region of the Society for Children’s Book Writers and Illustrators. She is a volunteer director and board president of Deaf Camps, Inc., a nonprofit organization that provides camps for deaf children. She lives near Baltimore, MD with her husband, son, and a cat named Pancake.

I’m so excited to be participating in the 2016 Debut Authors Bash! Thank you so much to Across the Bookiverse for hosting me!

Today I am sharing an extra from the world of Sword and Verse, from Jonis’s point of view. When I am working on a book, I always end up writing lots of extra scenes from other characters’ perspectives. Sometimes it’s just for fun, and sometimes it’s a necessary writing exercise; if I am stuck in a scene in the main story, then writing something from a different point of view almost always gets me unstuck.

This is one of several extras and deleted scenes from Sword and Verse. You can find more on my website at http://www.kathymacmillan.com!

Iron and Silk: A Story from the World of Sword and Verse by Kathy MacMillan

Recruiting one Tutor into the Resistance was a risk – one that led to her execution and that of half the Resistance leaders. It would be madness to try again – but then, Jonis never was one to play it safe.

“He says not to do it, Jonis,” whispered Deshti as she heaved a crate of candles into my arms.

I balanced the crate on the stack next to the house and went back to the cart for more, ignoring her. She pattered behind me, as though she didn’t want to be left alone near the house. She was always fluttery when my master was home from sea.

But I knew that Horel Stit had been out late at the alehouse with his first mate last night, and wouldn’t be roused from his bed until the temple bells called at mid-morning. I knew this because he had clattered into the house in the middle of the night and poked me with his walking stick until I awoke, then ordered me to make him tea. By the time I had stumbled to the kitchen, heated the water, and returned with his blasted tea, he was snoring in the armchair in the front room. I’d drunk the tea myself, then heaved him up and helped him to bed, earning a few drunken punches in the process.

Strange that a man as deadly as Stit could be sober was such a foolish, ineffective drunk.

Deshti was hissing again about Tabor’s orders, and I entertained myself by imagining her as a goose. When the cart was completely unloaded, I faced her. “I know what Tabor says,” I said softly. Though Stit couldn’t be awake yet, there was no sense in courting danger. “But I have to try. You know that.”

She bit her lip, a tiny vertical line appearing between her eyebrows. “But after…after…”

“Tyasha,” I said, dropping my voice even lower. Deshti flinched. “I take responsibility for that. But it will be different this time.”

Read the rest of the story at https://kathymacmillan.files.wordpress.com/2016/05/iron-and-silk-by-kathy-macmillan.pdf

AND FINALLY, A GIVEAWAY!

Sword and Verse swag pack including a personalized bookmark with your name in the language of the gods!