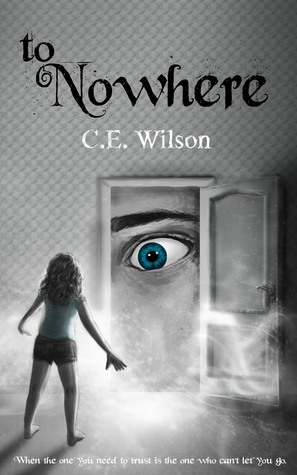 I received a copy from the author in exchange for an honest review.

Lyris’ life is turned upside down when she meets a handsome stranger while getting coffee. He’s odd and doesn’t say very much about himself. All Lyris knows is that his name is Wyatt and he has an obsession with the house next door to her’s, an abandoned building called the Shaw house. Wyatt warns Lyris against going into the house without him, especially a door that leads to nowhere. When her curiosity gets the best of her, Lyris is thrown into a world full of giants that speak in a language she can scarcely understand. Is Lyris stuck living the life of a pet or are things not quite as they seem?

When I first started reading this, I was a little confused. Wyatt seemed off and way too shifty for my liking. I kept wondering what on Earth was wrong with Lyris to trust a guy like that, clearly he had some problems! Their flirting was awkward and it just seemed weird. Things really picked up, though when Lyris ended up in “nowhere” . However, even with all the excitement, I was extremely frustrated with the exchanges between Brindt and Lyris. The amount of time they spent trying to understand each other threw me off and left my eyes swimming trying to make sense of the odd language. It was around this time I expected this to be a 3 star book. Thank goodness for the collar, without the communication between Brindt and Lyris, the constant back and forth of piecing together the giant language would have driven me up the wall. As the story progressed, I really felt sorry for Brindt, but Lyris was certainly not wrong in fearing him, because if someone triple my size that didn’t speak my language and kept me in a cage occasionally would scare the crap out of me. By the end of the story, I just loved the interaction Lyris had with Brindt and the last fifty or so pages caused me a lot of emotional distress because of it. Only problem with the end is that it ended off with such a cliff hanger I wonder if my copy somehow shaved off the last hundred pages. I do hope we get more of “nowhere” in the future!