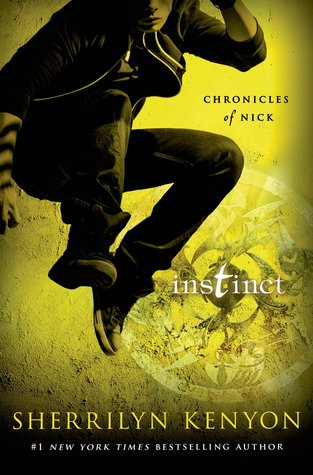 Nick’s in a great mood. There’s no one out to kill him, no one is dying, and it seems like a perfect normal day where he can pose as a perfectly normal human having a perfectly normal life. For an hour maybe. That is, until an omen of death that only Nick can see goes flying through his school hallway. All of a sudden, Caleb falls ill, which is impossible for demons. Everything comes crashing down at once. Nick’s mother disappears and he begins to realize that the people he held closest to him are lying to him almost constantly. He doesn’t know who to trust or who will betray him. And with his new Malachai powers barely under control, will Nick be able to save everyone with his best friend out of commission and his slippery grip on sanity?

I didn’t think this was a particularly spectacular book. I absolutely adore the Chronicles of Nick books, I think they’re interesting and full of interesting lore, but this one didn’t catch my attention as much. Best part of this book by far – Malachai Nick. The fact that he can lose control any second and completely destroy the world is awesome, but when he uses his power to save his mother and his friends, I love it. Nick almost dies about twice and it had me freaking out both times. The first time was a little sudden and was never really explained, but the second time…phew! Overall, though, I still think this is a great book, full of action and everything I love in a book, but not as outstanding as the others. Here’s to hoping for more Malachai Nick!