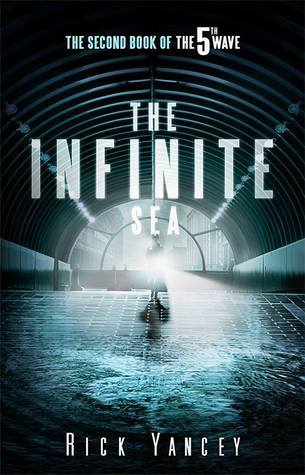 The world is a clock.
And it’s winding down.

Cassie is with Ben’s gang now. Reunited with her brother Sam, the world is slightly less terrible than it was before. If she wasn’t constantly butting heads with Ringer or arguing about how Evan would be back for her and that he isn’t like the Others, things would be almost normal. For a few seconds, anyway, until it looks like Ben is taking a turn for the worse, Ringer and Teacup disappear, and the gang is being watched. Can the gang survive this time? Or has their enemy finally caught up with them?

Biggest concern with the book – Ringer. I cannot for the life of me be interested in her character or her story. I find her insufferable and annoying most of the time and to be perfectly honest, I skimmed most of the parts that focused on her. I was expecting Ben, Cassie, and Evan as the main focus and for a few chunks of the book they were, those parts kept me interested. In fact, I loved the parts with Cassie as the narrator, because everyone else made it seem like she was stupid or complaining all the time. Ben made me mad this time. He was obviously in serious need of medical attention the entire book, but continued to push himself, which I think will certainly hurt him in the next book. Even Evan’s part made me interested! We got to see more into the lives of the Others and it really shows just how different he is from the rest of them. But why, why, and I can’t stress this enough…WHY was there not more of the romance between Evan and Cassie like there was in the first book? I love that so much. Overall, I think this would have been a 4 or maybe even a 5…if there wasn’t the POV of Ringer in there. I understand her part was in there to show what the Others were up to and their plans for the human race and the planet, but I just couldn’t get into her POV.